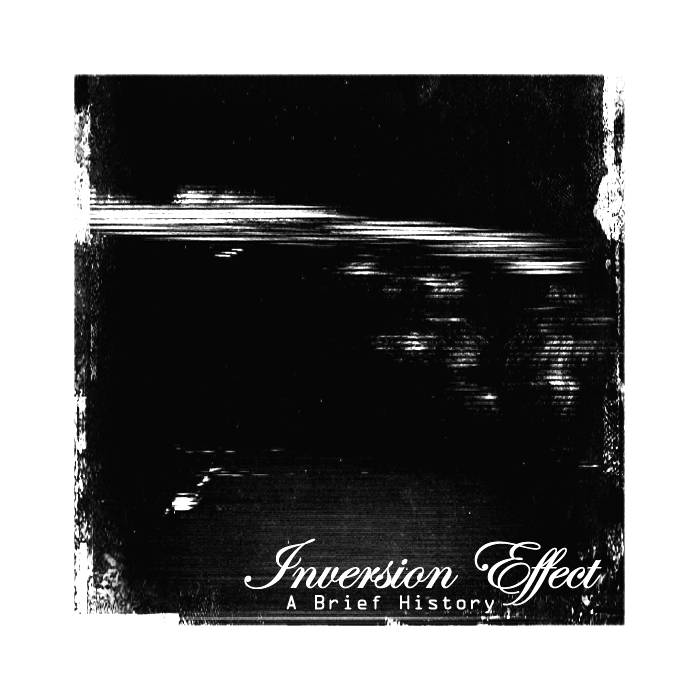 Inversion Effect takes a careful and restrained approach to songwriting, but also values improvisation and synchronicity. The band consistently discovers unpredictable and unique patterns emerging from the interplay of haunting abstract guitar melodies, intercepted radio transmissions, warm synth lines, and the ebb and flow of white noise. The debut album, A Brief History, presents eleven tracks that were recorded during three years of studio sessions and live performances, including material from the band's original score for Nosferatu.

"These are soundtracks for the isolation generation, anchored by wailing drones and dark synths, filled with static, scratches, and stolen dialogues; now and then simple but effective melodies (and even more occasionally, beats) emerge from the sonic fog to give a rudimentary sense of form to the rivers of drone, without ever overwhelming the essentially ambient nature of the tracks. Abstract but well-crafted, this is an album that any hardcore drone enthusiast should find intriguing and rewarding." - The One True Dead Angel

"4/5 stars. If you like dark ambient that seems to tell a story without the need for words, this is one to check out." - Chain D.L.K.

"Despite differing sources, the result does not come across as a sample of episodes. Rather, the material has been carefully integrated to produce a unified, evolving whole that assimilates archival material into what is, ultimately, a new work. More synthesis than summary, the album could not be a more fitting retrospective." - Robert Stikmanz

"Inversion Effect has given listeners one of the most fluently psychedelic drone and experimental noise releases in recent memory." - Connexion Bizarre

Limited Edition CD is sold out.

AMM0012-2D
All songs by Inversion Effect

Artificial Music Machine is an independent record label based in Austin, Texas; showcasing innovation across varying genres of music, at the boundary between the electronic and the organic, between the artificial and the human.

Bandcamp Daily  your guide to the world of Bandcamp

New sounds from Mavi, Ivy Sole & Moderator, plus AJ, the One joins the show, for her latest release